The differences between a one plane swing and a two plane swing are quite obvious… when you know what to look for. So let’s start this discussion off with a look at the one plane golf swing.

Two of the most famous one plane swingers were Ben Hogan and Moe Norman.

Moe Norman is more extreme than Ben Hogan, so we’ll look at him first.

When you see Moe Norman setup it looks very odd. Here is a picture of his setup and I have drawn a line through the shaft, which is going through the middle of his back (that’s important, so keep this in mind as we move through this): 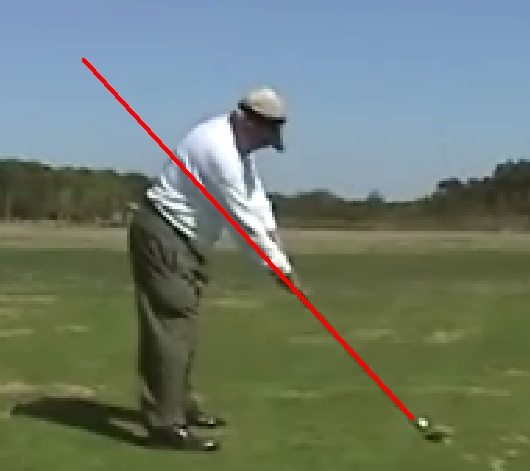 As you’ll notice… Moe’s hands are very high and his club is set back a foot or so from the ball. 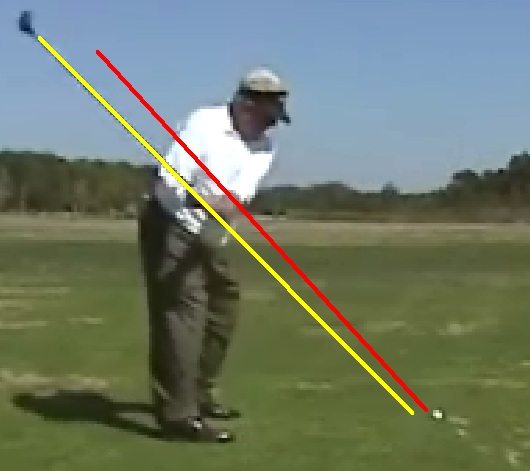 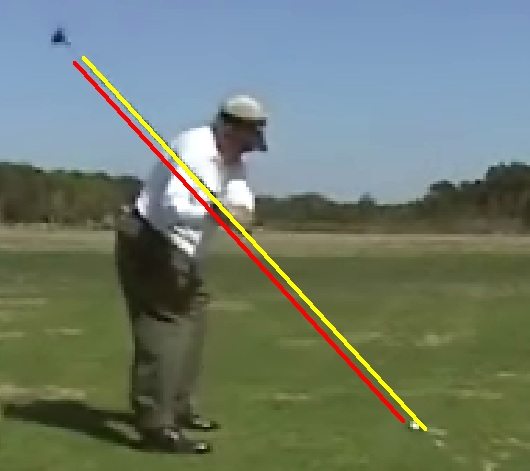 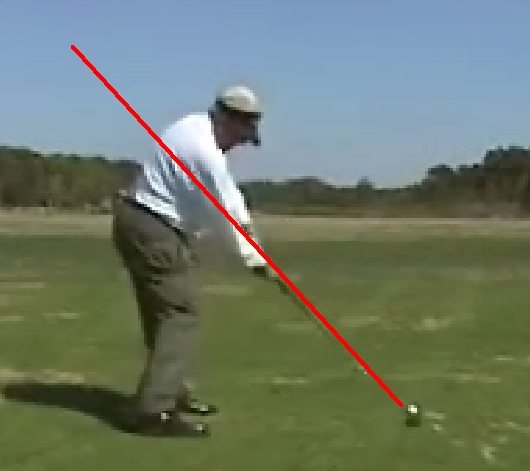 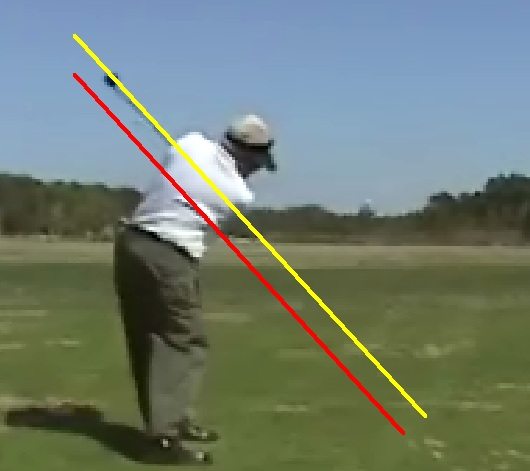 At crucial parts in the swing Moe’s clubshaft is parallel with the shaft line that he started with at setup. Moe has a pretty unusual looking swing though. I don’t know who came up with the term ‘Natural Golf’ but that doesn’t look too natural to me!

So let’s look at the more “normal” setup and swing of golf legend, Ben Hogan. 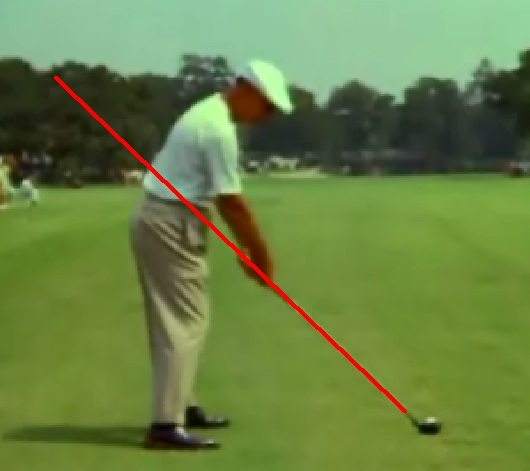 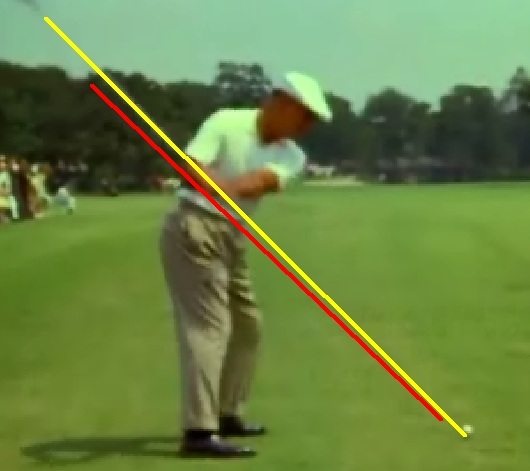 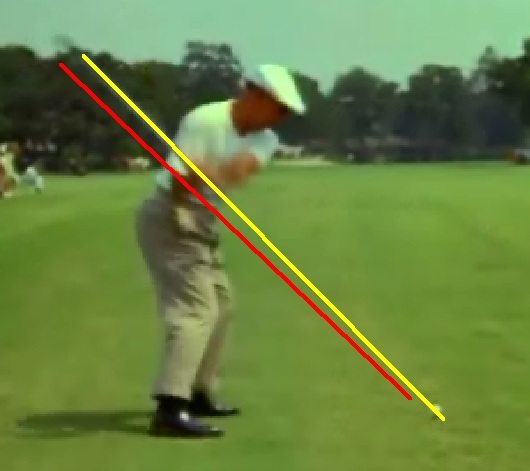 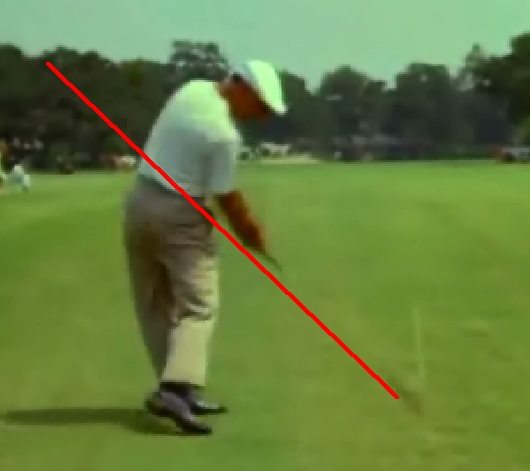 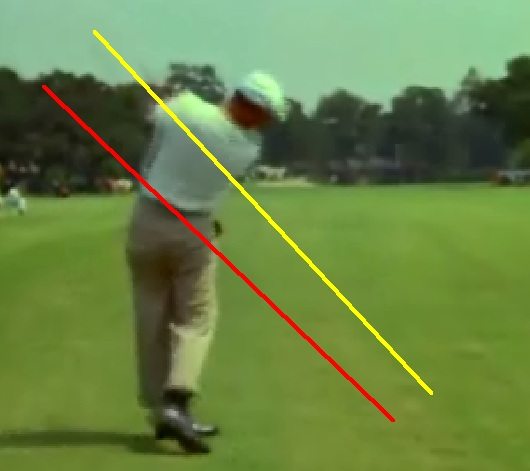 So that’s a look at a couple of famous one plane swings. There is a measurement you can use to help determine if a golfer has a one plane or two plane swing. I’ll give that to you later in this article.

But before we move onto two plane swings, I just want to make a very important point about one plane swings.

As well as Ben Hogan and Moe Norman hit the ball with their one plane swings… they hit an awaful lot of balls (i.e. MILLIONS)! And that leads nicely into my next point, which may explain why they needed to do that… 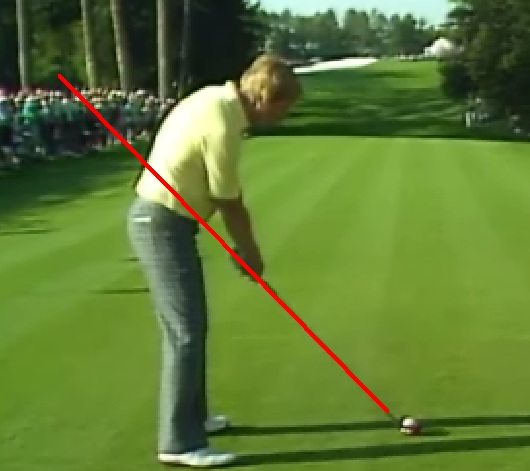 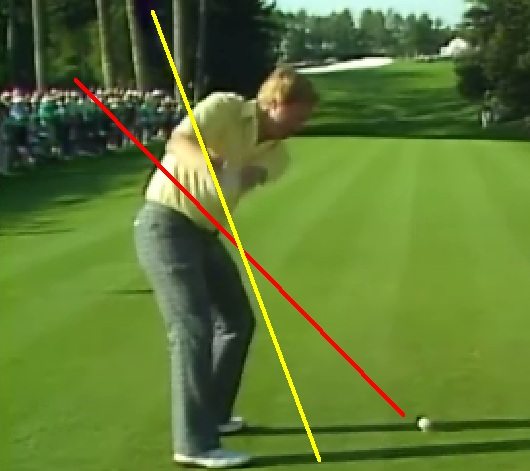 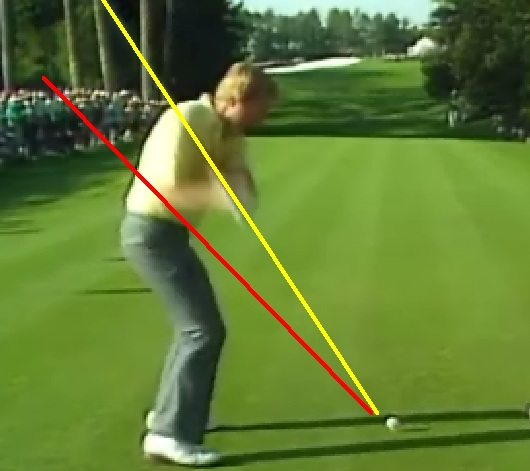 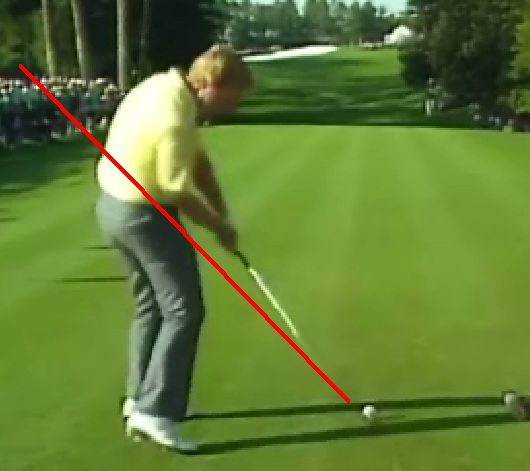 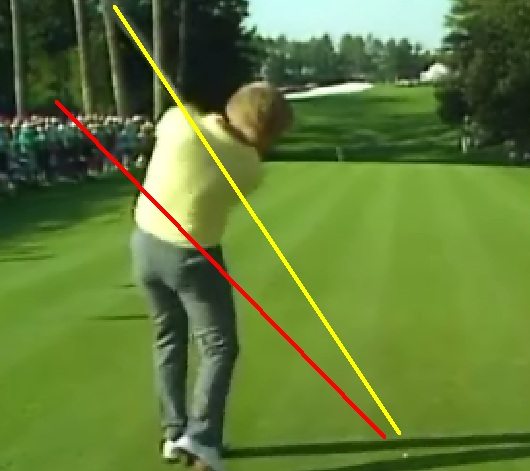 Now here is an extreme opposite of Moe Norman. Jim Furyk and his two plane golf swing. 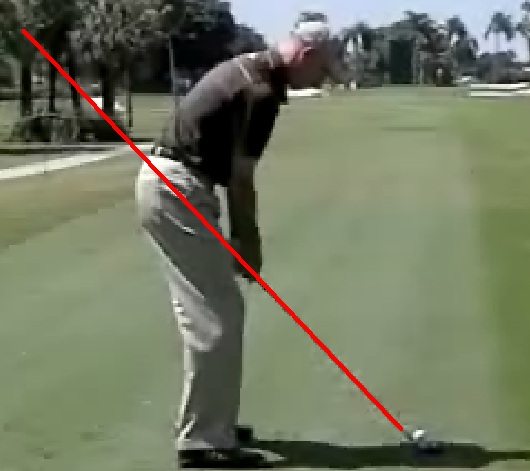 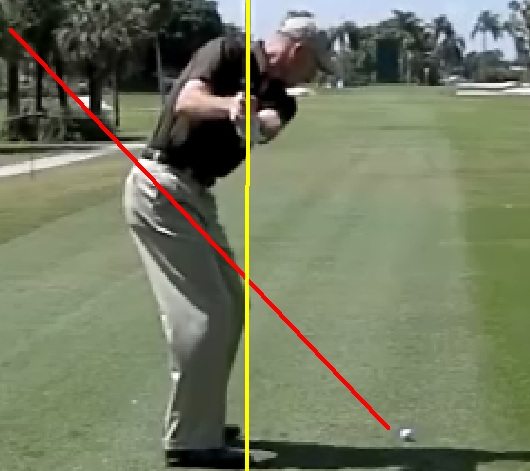 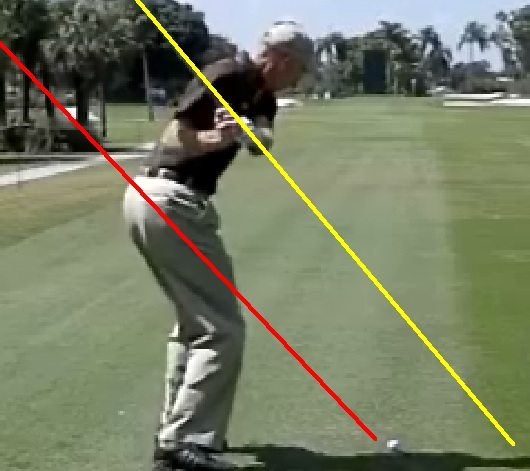 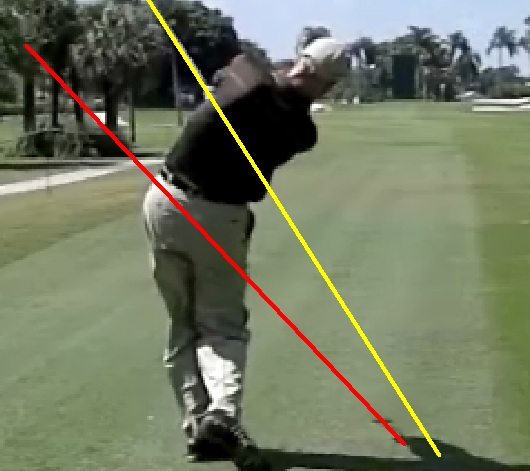 Wow… Jim’s got a lot going on with his swing plane! But he’s a great golfer who proves you can play great golf with a two plane swing, just like you can with a one plane swing.

My personal opinion, based on the golfers that are great with the one plane swing, is you need to hit a lot of balls for it to work. If you don’t want to be a range rat, then a two plane swing or hybrid swing plane is what you should be looking to do. In my next article I’m going to be talking about a hybrid swing plane, because I believe that’s the way to go – and I’ll explain why in my next article.

You can measure this yourself (for your own swing) if you have a video and some golf swing video analysis software. 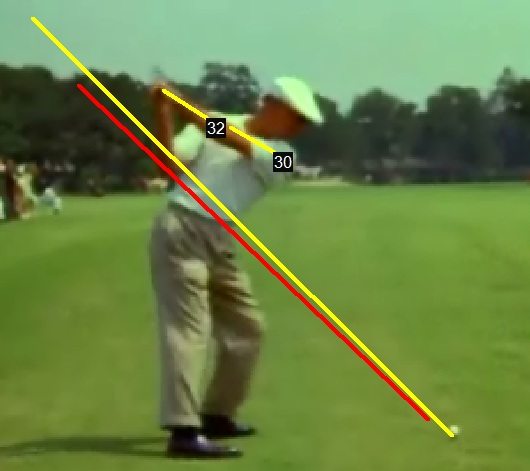 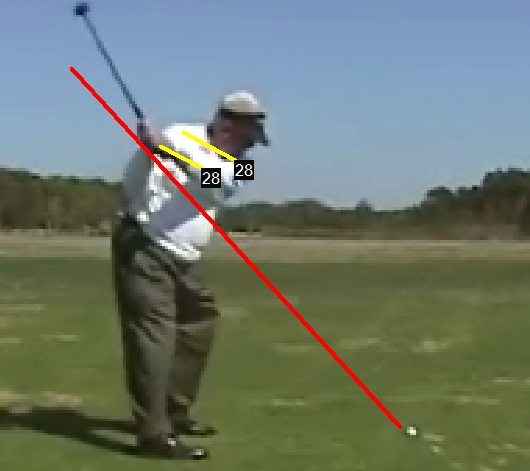 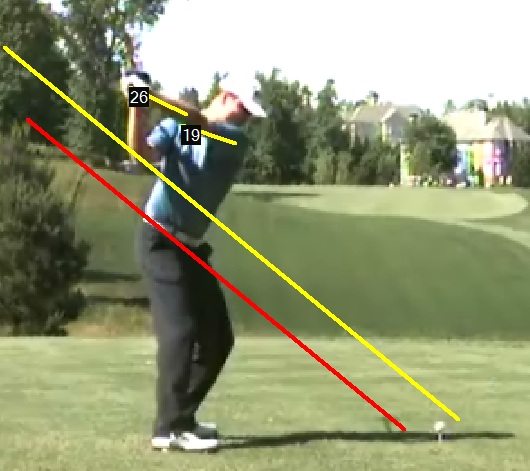 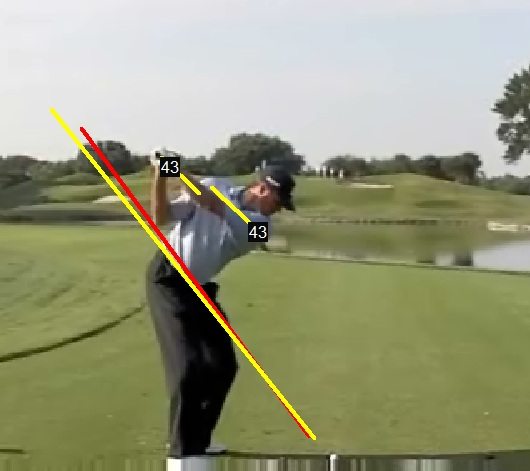 Ok, let’s look at the differences between some famous two plane swigners: 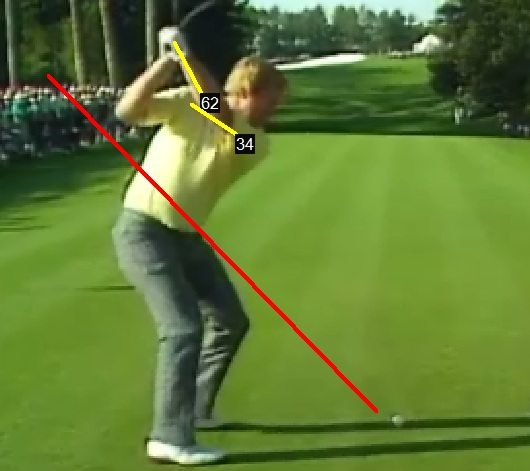 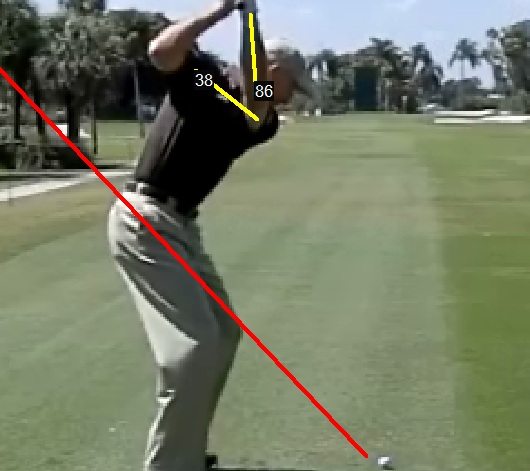 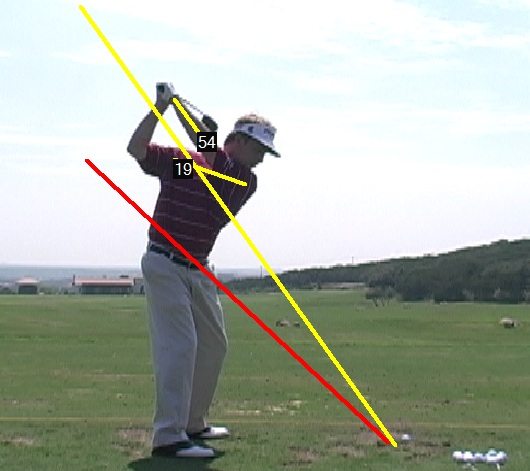 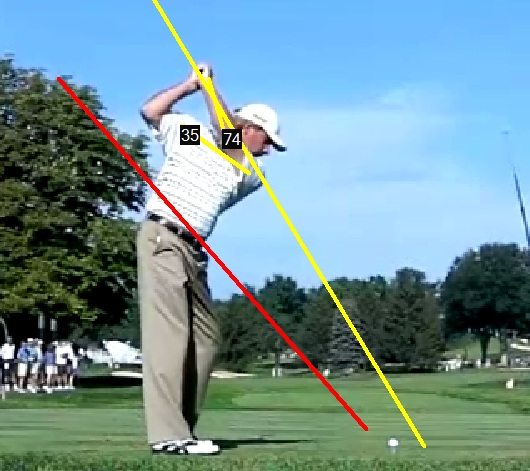 So hopefully now you have a clear understanding of the main differences between a one plane swing and a two plane swing. As I’ve already said, I don’t think any extreme version is right.

I like the middle ground and both swing plane theories have their good points that I think can be melded into a great golf swing. So in my next article I’m going to show you a great Major winning golf swing that puts my theory into practice.