The Key To Putting Distance Control

Now I believe that there’s a big carry over from putting to the rest of the game and vice versa. And here’s an example of this…

It’s very well known that a big difference between tour pros and the rest of golfers is how consistently a tour pro hits the middle of the clubface compared to other golfers.

Here’s a graphical example of this from Ping… 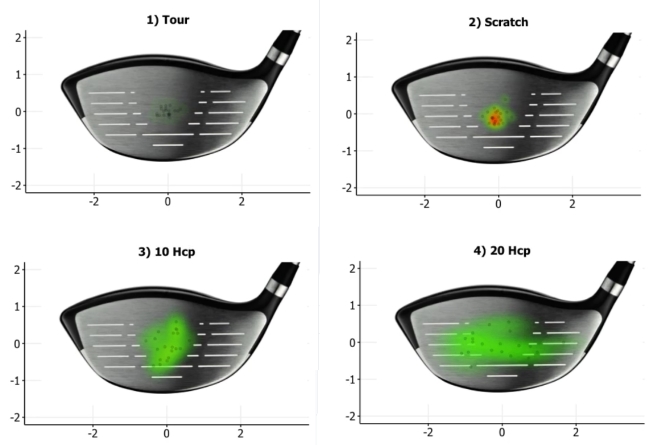 And here’s another graphical example of this from Callaway…

So what does that have to do with putting distance control I hear you ask?

Well, if you’re an average golfer on say a handicap between 10-20, then one big reason is because you miss the middle of the clubface more than you hit it with long shots. This same pattern will carry over to putting and consequently to distance control.

So if you have too many 3 putts because you hit putts too short or too long…. you can do as many drills as you want on the practice green to help with this problem, BUT… you need to address the root of the problem first. And that root cause is a lack of hitting the center of the putter face.

So, if you’re not a very good putter then you should work on hitting the middle of the putter face. There’s a number of different ways to do this, but there’s one popular way that a pretty good golfer has practiced for a long time. And that’s Tiger Woods practicing his drill of putting through a gate of tees. 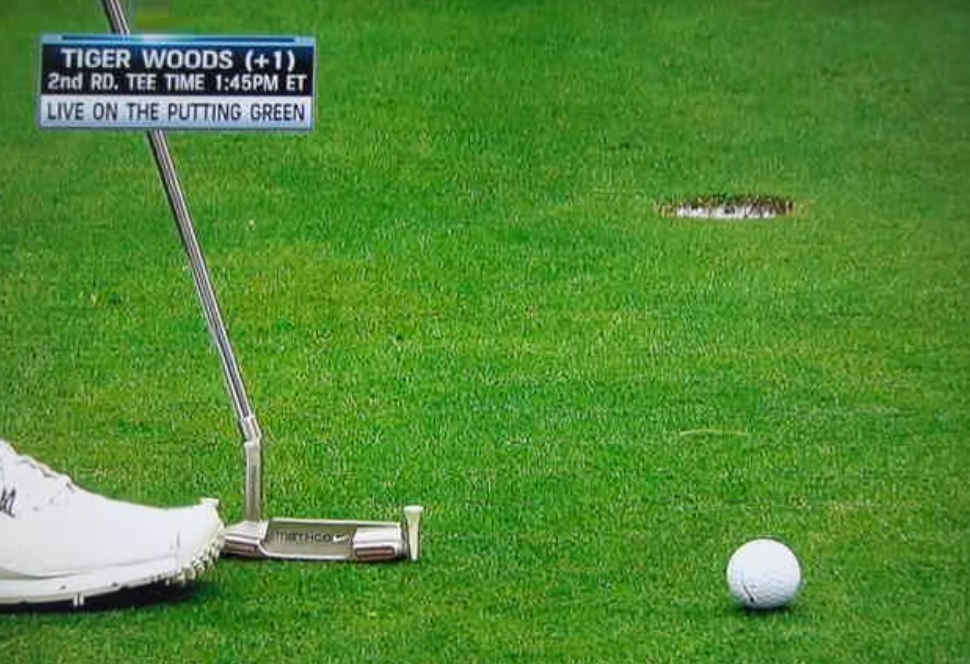 Something else you can get is sweet spot putting clips. Or you can make something like that with rubber bands.

So go to it, and work on hitting the ball out of the center of the putter face and your putting will improve. Then use that same principle with chipping, then pitching etc. etc.