Over this past year I’ve purchased and tested over 20 drivers from different companies.

One of the main reasons is that nowadays you can go on Youtube and see reviews of any driver quickly and easily. However, I would question the “unbiased nature” of many of those reviews, because most of the reviews are by people who have been given the club for free. Even if there is no intention to talk up a product, there is by default a hidden code not to trash a product you’ve been given for free.

I could have gone to the golf companies and got free drivers to do reviews, but I didn’t want to do that because that’s what everyone does. There’s nothing different in doing a review on a driver you’re given for free.

If you’re given something you have no investment in it.

Drivers
Are At Their Legal Limits

I did that for you!

Because there is so much marketing crap in the golf equipment market, I wanted to do this experiment to let you know the truth about drivers so you know how to buy a driver that will help you lower your scores. So let’s start looking at this truth (some still won’t want to hear this, but here goes)…

From my experiment of hitting different driver after different driver I quickly found that if you hit a good shot with ANY driver it will go as far as any other driver. So if that’s the case (and it is!) how do you choose a driver that is going to help lower your scores.

Well, from my experiment I quickly found some important things, which are…

2. Sound. I think sound has a big part to play in whether you like a driver or not. I don’t particularly like the sound of Ping drivers so I don’t gravitate to them. A lot of players like that high pitch ping sound but I’m not one of them.

4. There’s no perfect driver! From my experiment of hitting many different drivers I quickly found that there is no perfect driver. Even if you have a driver that you like the look of, sounds great and feels good, you will still hit bad golf shots. So don’t write a driver off after a couple of bad shots if it fills the 3 previous criteria.

With all that being said, you hear stories of golfers picking up 20 yards with a new driver. So if drivers are at their legal limits how can that happen?

When a particular golfer picks up a new driver that gains them 20 yards they are changing three things as they are hitting the ball that is giving them extra yards. Those three things are…

It’s been very well documented that if you hit a modern driver more above the center of the clubface and slightly on the toe then a ball will go a lot further than if it’s hit lower on the face.


It’s also been well documented that if a golfer has a low launch angle and they get that up then (can often be done by an increased loft on the clubface. And what a loft says on the club is often not true) they will hit the ball further.

And it’s been well documented that if a golfer goes from hitting down with a driver to hitting up on a driver then they will gain a lot of distance.

So if a golfer is hitting a driver low on the face with a low launch angle and hitting down on the ball, and then they do the opposite with a new driver they will gain heaps of distance.

The question then is… can hitting a different driver actually help a golfer to do that?

The answer, from my experiment is… YES!

From the 20 drivers I hit I narrowed the drivers I liked down to 5.

All the drivers were the same in terms of legal limits but the 5 drivers I liked helped me to get better numbers on the launch monitor.


How did that happen?

I have no idea why “scientifically” (apart from a club loft being different on different drivers even though they are all supposedly the same loft!) but that’s what happened.

Now this is a review of the Callaway Epic driver and you may have noticed I haven’t talked about that yet. 🙂

The reason I gave you that big long introduction is because I don’t want you to ever get sucked into the marketing that these companies bring out. Drivers are at their legal limits! If you hear of golfers gaining yards with a “new” driver it’s because of those golfers changing their impact conditions with a new driver.

With that being said, Callaway came out with the Epic driver that had jail break technology, which was supposed to help golfers hit longer drives. Let’s see if that was true or not…

I purchased both of these drivers and they do actually look quite different. I thought the Epic driver was much rounder than the Epic sub-zero. I just didn’t like the look of the Epic diver at all from the get go. Then I hit it and it just seemed to have a hook bias for me. I quickly gave it up because of that. And that raises another interesting point about driver testing.

Generally speaking, a good golfer can hit a driver 3 – 5 times and tell whether they like it or not.

That’s probably a good bench mark for your driver testing as well. Hit 5 shots with a driver and see if you like it. If not, move on. You don’t need to buy 20 drivers. Just go test different drivers to see if you can find one that beats your current gamer in terms of looks, feel, sound, forgiveness and of course, distance!

Ok, so I quickly ruled out the Epic driver because I didn’t like the look of it, the way it sat and it felt like it was going to turn the ball over.

So the rest of this review is going to be on the Epic sub-zero driver.

As far as looks is concerned, I loved the way it looks. It looks fantastic.

The sound is rather a dull sound. It’s quite muted. I wasn’t a huge fan of that. It wasn’t a bad sound, it’s just not loud enough in my opinion. Maybe that has something to do with the Jailbreak technology. And on that note…

There’s heaps of stuff on Jailbreak technology on the net. But in short, it’s simply a couple of titanium rods just behind the clubface to stop the club from expanding when it’s hit, and that apparently will help transfer more energy to the ball so a golfer gets more ball speed from the face.

So all this Jailbreak technology is meant to do is increase ball speed when you hit the driver. 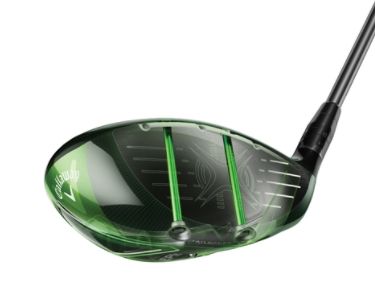 Now onto the performance…

When you play golf you do so on the golf course, you don’t play on a launch monitor. So I took this driver out to the golf course and tested it against my current gamer driver. And in my on-course testing I found this driver to be comparable to my gamer driver in terms of distance. It wasn’t any longer, but it was more inaccurate and not as forgiving.

All in all, it was an “ok” driver for me but nothing special.


The looks were awesome but it didn’t go any longer or straighter than my current driver so I sold it.

I guess the moral of this story is… don’t get sucked into marketing B.S.

I have heard some golf pros say that this Jailbreak technology is possibly adding a mile or two ball speed for some golfers. Come on, give me a break (pun intended)!

If a golfer hits this driver a lot further than their current driver (as long as it’s fairly new) it’s because of improved impact conditions. Nothing more – because drivers are at the legal limits.

I found it very interesting buying and testing the 20 drivers over the past year. I understand that not many golfers can do this… and they don’t need to. Remember, when I said that most good golfers can tell within 3 – 5 shots if they like a driver. That’s all you need to do. Go test lots of drivers if you want.

Hit a driver for 3 – 5 shots and you’ll know within that time frame whether to explore getting that driver some more. If you don’t like it then move on.

Naturally I could have done that, but I wanted to invest something more into this process and spend a long time testing these drivers. I won’t do this ever again but I’m glad I did it, because hopefully it will help some golfers somewhere not to get sucked into marketing hype that some new driver is going to add yards to their drives.

As I write this there is going to be a new Callaway driver that will apparently supersede the 2017 Epic driver.

I’m not knocking Callaway here either. It’s their business to sell golf equipment. And if you buy a new driver every year that’s fine. But remember, the only way a driver is going to help someone increase distance (as long as they’re using a pretty recent driver) is by improved impact conditions.